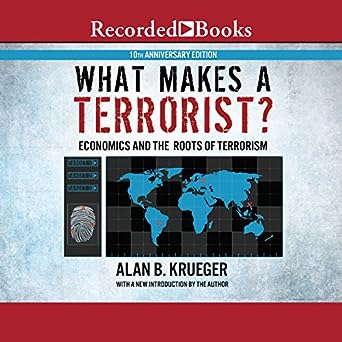 
While we all agree that this requires concerted action from authorities and citizens alike, including countering immediate threats to our safety and welfare, targeting combatants, bringing to justice those who harbor and assist attackers, cutting off terror financing, and so on, the root causes of terrorism must also be addressed if we are to truly make headway against this scourge.

It is no secret that the militants of ISIS, al Qaeda and other terrorist organizations are indoctrinated in hate at a very young age. When children grow up thinking only their ideology is correct, and all others are wrong and will go to hell, it is potentially an explosive situation waiting to happen. Educationists will have to play an active role and promote education in peace so that the coming generations are both sensible and sensitive to life.

Religious leaders will have to come together to promote the common good of mankind and reform the misguided. I strongly believe this is all doable in our generation. Often, people who feel very passionately for a cause feel justified in adopting violent means in its pursuit. They are driven by a sense of righteousness, though misplaced, and committed to their cause. Some of them are willing to resolve differences through dialogue if approached in the right way.

Hence the major focus of prevention is to find ways to strengthen the fabric of our societies, the possibilities extended to everyone to integrate socially, economically, and culturally Whether they are estranged youngsters looking up for extreme-right action, neo-converts with an extreme appetite for Islamic righteousness, citizens sidelined and alienated due to their foreign origins, or foreign fighters returning home from jihad, they need to be inserted, incorporated and integrated in a society that provides them with roots.

The challenge is political, not military nor technical. Making Islam the root of terrorism and prime cause for bloodshed is one tempting political move. It makes common sense, in a Samuel Huntington way, since, evidently, the killers proclaim their Muslim faith and the terrorist networks root their violence in a political and ideological interpretation of religion.


Suddenly everyone becomes an expert in Islamic theology to discuss, condemn, or dispel a fantasised intrinsic link to extremist violence. But once the callous machinery of conflicting identities is set in motion gradually, the actual political challenge is quickly overshadowed by identity politics. For it makes their preferred strategy the only one possible: confrontation and prohibition. Outside: strong walled and barbwire borders, whether at EU or national levels, and inside: suspicion, surveillance and, gradually, deportation. This slippery slope is already being considered and pursued at the highest levels of mainstream politics.

However, for some, it is still too timid and slow. Refusing the religious and cultural bias in the fight against terrorist networks cannot bypass the thorny issue of Salafism. A rigid, simplified, and globalised version of Islam — very easy to embrace with a comfortable personal structuring effect — Salafism would be to religion what fast food is to cuisine.

A negation of the cultural Islam inherited from the former generations, it uproots its followers and offers a path to break with society. Salafism is a double paradox for a free open society. Because, second, its harsh and uncompromising rejection of Western modernity, democracy, and values can encourage violent extremism. The only way out is not repressing or embracing violence but to quench the thirst for it. The issue of values is a delicate double-edged sword for the West, constantly torn between universalist aspirations and the many shocking manifestations of its historical dominance over the rest of the world.

As a black mirror of guilt comes the argument that the rise of jihadist violence is a somewhat explicable price for two centuries of colonisation, looting, oil wars, arms dealing, cynicism, shameful compromises on basic human rights principles at home and abroad, extra-judicial killings, and continuing discrimination against extra-European populations within Europe. Indeed, some sincere soul-searching should eventually foster new sustainable, fair and human-rights based energy, social and foreign policies.

It would stop fuelling jihadist rhetoric and raise the standards of EU values. But such reasoning remains so utterly self-centred that it tends to overstretch the political interpretations and motivations of the terrorists. Moreover, it overlooks the reality of the immediate threat, dismissing the concerns.

Terrorism is an ever-morphing reality. Our modern history is dotted by the successive attempts of violent extremist individuals transgressing the rules of the political game to express their brutal and absolutist forms of demand. No amount of security laws and technology will ever be enough to prevent a handful of radicalised fascistic or jihadist militants to risk their lives for a cause they consider superior. A successful counterterrorist policy is not measured by an increasing number of foiled attacks, but by a decreasing number of attacks to foil.

From national to EU levels, that requires measures to enhance the human quality of intelligence services and prisons, a more efficient tackling of links between crime and terrorism, much tighter controls on weapons and explosives, the establishment of a European Bureau of Investigations, mutual trust and exchange programmes for law enforcement officers, and constant vigilance for fundamental rights and parliamentary oversight.

But all these are drops on a hot stone. It means changing the global setting and building a resilient society. Indeed, in addition to any concrete measures, it seems unavoidable to take global actions on the international stage to address the protracted conflicts that destabilise entire regions, feed the cycle of violence and suffering, and unfortunately provide fuel to many terrorist narratives. Yet the world has not become more secure, terrorist networks have morphed but survived, and unsavoury regimes play an ambivalent power game.

But will the ends justify just any means? It is in the many deep cracks of our inner condition that the radicalised violent networks have woven their web.

It's vital to find the root cause of terrorism

We can always try to clean, and swipe, and sanitise, and chase or kill the spiders, but the cracks will remain. And in their dark and remote protective depths, newer monsters will breed, older demons will dance, spawning another generation of individuals ready to embrace the ways of violent extremism. These cracks are numerous, some wide open, some insidious and hidden, but they all have the same origin: loose social fabric, tension in the relations between individuals, lack of care for psychological vulnerabilities, limited basic education combined with failed, biased medias, weakened institutions and leadership, scarce prospects for the future… A society that no longer provides enough meaning to be respected and defended.

Mending those cracks is the ultimate prevailing long-term political project and priority. To bring about meaningful, sensible prospects, designing a desirable future anchored in this world and not in the simplistic fantasy of a great beyond.

It is urgent to make sense. A shared sense. France's long and troubled relationship with Islam, and its connexion to a sense of insecurity, is unpacked by Olivier Roy and Esther Benbassa, who also explore the current role of religion in politics in general. How should Greens respond to the very real sense of insecurity felt by many European citizens today?

Four Green leaders from around Europe discuss how a Green security policy might look, and how to communicate it. As a Bruxellois, confronted with the terrible events in Zaventem and the Maelbeek metro station, terrorism has reached my doorstep. More than ten years after September 11th, my reaction to these attacks is very different to the one I had back then. Cookies on our website allow us to deliver better content by enhancing our understanding of what pages are visited. Data from cookies is stored anonymously and is never shared with third parties.

Find out more about our use of cookies in our privacy policy. Follow us on. The Journal. Editorial Team. Climate and Energy. Finance and Economy. Future of EU. Green Transition. Society, Media and Culture. Welfare and Social Issues.

The origin of ISIS and JAD

Green Observatory. Get Involved Follow us on. Terrorism and its effects The concept of terrorism is not just an affirmation of theory but a concrete manifestation of political violence throughout history. The blast and the fear thus pose triple challenges: first, to the state and its institutions: to show their inability to protect their citizens from pain, fear, and discrimination; second, to the resilience and cohesion of a society: instil defiance and pit communities against one another; and, third, to the values it is built upon: freedom, tolerance, democracy, solidarity, openness… Terrorism is not new to Europe.